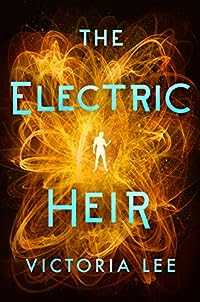 In the sequel to The Fever King, Noam Álvaro seeks to end tyranny before he becomes a tyrant himself. Six months after Noam Álvaro helped overthrow the despotic government of Carolinia, the Atlantians have gained citizenship, and Lehrer is chancellor. But despite Lehrer's image as a progressive humanitarian leader, Noam has finally remembered the truth that Lehrer forced him to forget--that Lehrer is responsible for the deadly magic infection that ravaged Carolinia. Now that Noam remembers the full extent of Lehrer's crimes, he's determined to use his influence with Lehrer to bring him down for good. If Lehrer realizes Noam has evaded his control--and that Noam is plotting against him--Noam's dead. So he must keep playing the role of Lehrer's protégé until he can steal enough vaccine to stop the virus. Meanwhile Dara Shirazi returns to Carolinia, his magic stripped by the same vaccine that saved his life. But Dara's attempts to ally himself with Noam prove that their methods for defeating Lehrer are violently misaligned. Dara fears Noam has only gotten himself more deeply entangled in Lehrer's web. Sooner or later, playing double agent might cost Noam his life.… (more)

The Electric Heir is the finale in Victoria Lee's Feverwake duology. Several months have passed since Dara and Noam parted ways. They've both changed, and now they're ostensibly mortal
Show More
enemies, fighting on different sides. As Lehrer's conquest plans ramp up, Noam and Dara must get to know one another again while working to prevent an act of aggressive biowarfare.

This duology is awesome, and quite pertinent at present, ironically, given the current COVID19 pandemic. More than that, though, it’s a story about surviving, being more than a victim, and facing uncomfortable truths. It’s about how different people cope with abuse, and with not being believed. For me, it resonated not for sexual or physical abuse, but for emotional. It also resonated in a weird fashion with the life trauma I suffered at age 20 that led to me becoming legally blind, and eventually to stop driving. Because I didn’t, and don’t, *look* like anything is wrong, sometimes I get people being a-holes. I also have ME, which is a chronic, hidden neuro condition. Again, nothing looks wrong. Both drastically changed my life, and learning to cope with each, and with ignorant people has been a challenge. My rambling point is that they are also things to be ‘survived’, that greatly affect the psyche. Dara's loss mirrored my loss of visual quality, and all the stress and strife with learning to live with that loss.

The Electric Heir is darker than Fever King. I want to squish Dara and Noam, to keep them safe and stick the broken pieces back together. It’s a more character-driven story, which I tend to enjoy. Still, it can be pretty heavy reading.

***Many thanks to the Netgalley and Skyscape for providing an egalley in exchange for a fair and honest review.
Show Less