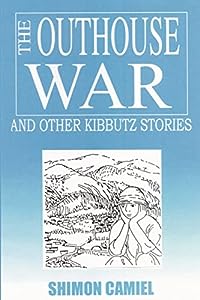 The Outhouse War and Other Kibbutz Stories

During the late 1940s in San Diego, my grandmother kept a map of Israel on her bedroom wall. Each time a new kibbutz was founded, she pushed a pin into her map. When the United Nations decided to divide Palestine into two states, Arab and Jewish, my grandmother celebrated with her fellow Zionists, dancing a Hora in the street in front of our local synagogue. I was twelve years old. I had never seen my grandmother dancing in the street (nor anywhere else). I watched the unusual goings on: a gawky boy, sitting on the steps of the synagogue, puzzled, yet enveloped in the excitement. And on that day, I vowed that when I grew up, I would live on a kibbutz, dance horas, and defend our new country. Fifty-two years later, back in America, I ponder where my adolescent vows have taken me: to a pioneer's life on a kibbutz, to living in the world's greatest experiment in equality, to wars fought in the defense Israel. I invite you to join me for a glimpse of life on a frontier kibbutz where people search for a normal life in extraordinary circumstances. Shimon Camiel… (more)