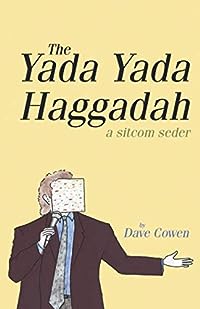 From the writer of 2018's Amazon Best Seller, The Trump Passover Haggadah, which The Forward proclaimed, "some[what] SNL-worthy," and The Jewish Telegraphic Agency declared, "probably pretty funny," comes a new parody Haggadah for fans of the greatest Jewish-American sitcom about nothing. Enjoy your Passover acting out a "lost episode" where George forces Jerry to host Seder to impress an Israeli love interest. The clueless Elaine invites a wealthy Egyptian entrepreneur. And Kramer comes up with his next venture: "Matzo, Not So?!", which promises unleavened matzo so good, it can't possibly be so. Dave Cowen is the author of The Trump Passover Haggadah. He has also written humor for The New Yorker and McSweeney's.