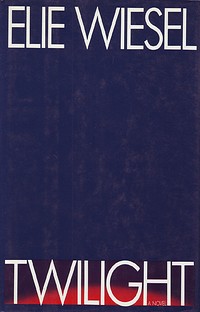 Raphael Lipkin is a man obsessed. He hears voices. He talks to ghosts. He is spending the summer at the Mountain Clinic, a psychiatric hospital in upstate New York--not as a patient, but as a visiting professional with a secret, personal quest. nbsp; A professor of literature and a Holocaust survivor, Raphael, having rebuilt his life since the war, sees it on the verge of coming apart once more. He longs to talk to Pedro, the man who rescued him as a fifteen-year-old orphan from postwar Poland and brought him to Paris, becoming his friend, mentor, hero, and savior. But Pedro disappeared inside the prisons of Stalin's Russia shortly after the war. Where is Pedro now, and how can Raphael discern what is true and what is false without him? nbsp; A mysterious nighttime caller directs Raphael's search to the Mountain Clinic, a unique asylum for patients whose delusions spring from the Bible. Amid patients calling themselves Adam, Cain, Abraham, Joseph, Jeremiah, and God, Raphael searches for Pedro's truth and the meaning of his own survival in a novel that penetrated the mysteries of good, evil, and madness.… (more)

The Fifth Son by Elie Wiesel
The Town Beyond the Wall by Elie Wiesel
The Oath by Elie Wiesel
Memoirs: All Rivers Run to the Sea by Elie Wiesel
A Beggar in Jerusalem by Elie Wiesel
24 more
Legends of Our Time by Elie Wiesel
A Jew Today by Elie Wiesel
From the Kingdom of Memory: Reminiscences by Elie Wiesel
Souls on Fire: Portraits and Legends of Hasidic Masters by Elie Wiesel
Zalmen, or The Madness of God by Elie Wiesel
Night by Elie Wiesel
Messengers of God: Biblical Portraits and Legends by Elie Wiesel
And the Sea is Never Full: Memoirs, 1969 by Elie Wiesel
The Jews of Silence: A Personal Report on Soviet Jewry by Eliezer Wiesel
The Last of the Just by Andrae Schwarz-Bart
Short Friday and Other Stories by Isaac Bashevis Singer
Night / Dawn / Day by Elie Wiesel
How to Get More Out of Being Jewish even if you are not sure you believe in God, you think going to synagogue is a waste of time, you think keeping kosher is stupid, you hated Hebrew school, or all of the above by Gil Mann
The Best of Sholom Aleichem by Sholem Aleichem,
Reaches of Heaven: A Story of the Baal Shem Tov by Isaac Bashevis Singer
Jewish and Female: Choices and Changes in Our Lives Today by Susan Weidman Schneider
Life Is With People: The Culture of the Shtetl by Mark Zborowski
Leo Rosten's Treasury of Jewish Quotations by Leo Calvin Rosten
Deborah, Golda, and Me: Being Female and Jewish in America by Letty Cottin Pogrebin
The Shtetl: A Creative Anthology of Jewish Life in Eastern Europe by Joachim Neugroschel
The Jews in Their Land by David Ben-Gurion
The Fugu Plan: The Untold Story of the Japanese and the Jews During World War II by Marvin Tokayer
The Mezuzah in the Madonna's Foot: Oral Histories Exploring 500 Years in the Paradoxical Relationship of Spain and the Jews by Trudi Alexy
Sabbath: The Day of Delight by Abraham Ezra Millgram
Fewer