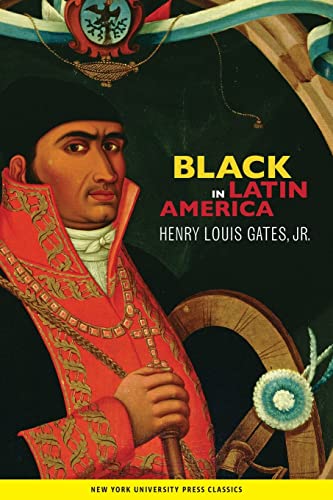 Henry Louis Gates Jr. travels to Haiti, Dominican Republic, Cuba, Brazil, Mexico and Peru to discover the African influence on Latin America. He examines the shared legacy of colonialism and slavery in a region that imported ten times as many slaves as the United States, and kept them in bondage far longer. Gates finds that the influence of people of African descent has had a massive influence on the history and culture of Latin America and the Caribbean, despite sometimes being forgotten or ignored.

Facing racial revolution : eyewitness accounts of the Haitian Insurrection by Jeremy D. Popkin
Tradition and the Black Atlantic : critical theory in the African diaspora by Jr. Henry Louis Gates
African slavery in Latin America and the Caribbean by Herbert S. Klein
Afro-Latino voices : narratives from the early modern Ibero-Atlantic world, 1550-1812 by Kathryn Joy McKnight
Forging diaspora : Afro-Cubans and African Americans in a world of empire and Jim Crow by Frank Andre Guridy
17 more
Black Men Built the Capitol: Discovering African-American History In and Around Washington, D.C. by Jesse Holland
Black and brown : African Americans and the Mexican Revolution, 1910-1920 by Gerald Horne
Colonial blackness : a history of Afro-Mexico by Herman L. Bennett
"New negroes from Africa" : slave trade abolition and free African settlement in the nineteenth-century Caribbean by Rosanne Marion Adderley
The end of anger : a new generation's take on race and rage by Ellis Cose
Atlantic Creoles in the age of revolutions by Jane Landers
Crowns of glory, tears of blood : the Demerara Slave Rebellion of 1823 by Emilia Viotti da Costa
Fierce angels : the strong black woman in American life and culture by Sheri Parks
The Black Diaspora: Five Centuries of the Black Experience Outside Africa by Ronald Segal
How race survived US history : from settlement and slavery to the Obama phenomenon by David R. Roediger
Freedoms given, freedoms won Afro-Brazilians in post-abolition, San Paulo and Salvador by Kim D. Butler
Avengers of the New World : the story of the Haitian Revolution by Laurent Dubois
At the dark end of the street : black women, rape, and resistance- a new history of the civil rights movement from Rosa Parks to the rise of black power by Danielle L. McGuire
In search of the racial frontier : African Americans in the American West, 1528-1990 by Quintard Taylor
Clinging to mammy : the faithful slave in twentieth-century America by Micki McElya
A colony of citizens : revolution & slave emancipation in the French Caribbean, 1787-1804 by Laurent Dubois
Global masculinities and manhood by Ronald L. Jackson
Fewer