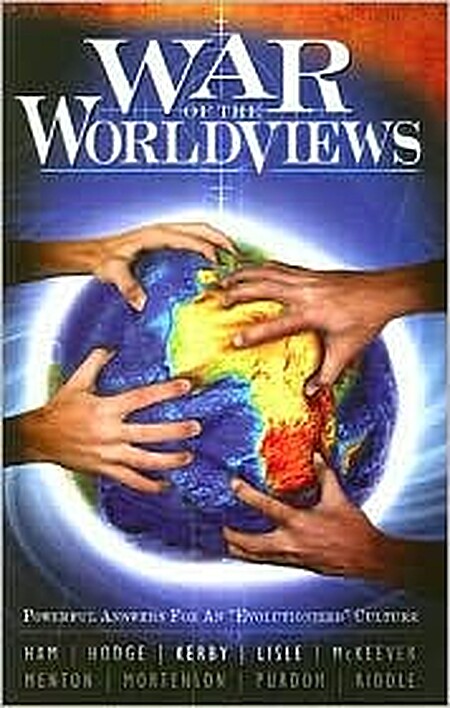 War of the Worldviews: Powerful Answers For An "Evolutionized" Culture

What do aliens, dinosaurs, and gay marriage have in common? They are all part of the culture war: a war between two worldviews. One view is based on a biblical understanding of history, the other on pure naturalism. National educational institutions and the media are on the frontlines of evolutionizing the culture. From Biology 101 to World History, from The Learning Channel to Sponge Bob, subtle and not-so-subtle evolutionary messages bombard people. The battles and skirmishes of this war are in schools, courts, and homes. The casualties of the warfare are all around: Christians taken captive by an evolutionary philosophy. The idea of the big bang and millions of years has duped many Christians and its effects include a deficient gospel and subjective morality. How is it possible to respond to the latest 'argument' for evolution? How can children be prepared to face the evolutionary indoctrination of public schools and universities? What is to be made of 'Christian' organizations that teach the big bang and millions of years? How is it possible to build a truly biblical worldview? In this powerful book, readers will find ammunition for the war: answers to some of the most common arguments for evolution, analyses of Christian compromise positions, and a call for return to the true biblical authority.… (more)