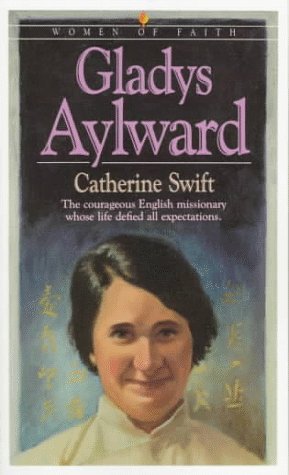 The "Little Woman" whose great faith carried her to the people of China.Gladys Aylward's life is remembered around the world as one that defied all expectations. Despite a poor education, a family that had no money, and the disappointment of being told that the China Inland Mission considered her too old to learn the Chinese language, her desire to be a missionary refused to surrender its call. She scraped and saved every penny she could earn and booked an overland rail passage to China on October 15, 1930.What followed was one of the most remarkable missionary careers imaginable. Over twenty years of service would be given for the people of China, including remaining with her people through the torturous was with Japan. Before her death she would meet the Queen and Duke of Edinburgh, in Europe she met the head of every state she visited, and a movie would be made about her.One of the great missionaries of this century!… (more)