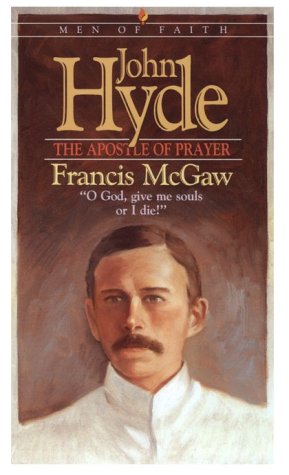 John Hyde: The Apostle of Prayer (Men of Faith)

The marvelous story of the missionary to India whose example of soul-winning through intercession is almost without parallel in the history of the church.Setting out for India in 1892, one could have wondered how John Hyde would fair as a missionary. His slowness of speech, slightly defective hearing, and his apparent lack of enthusiasm and zeal appeared to be a hindrance to his effectiveness. But Hyde discovered the power of intercessory prayer, and the results were staggering. He proved that prayer was an evangelical force in India: by faith he claimed one soul a day, then two, then four. Through his intercessory prayer, God was able to work in remarkable ways in conventions, churches, and personal lives. It is no surprise that he was often called "The Apostle of Prayer."A challenging testimony of what God can do through the life of one who is willing to seek His face!… (more)