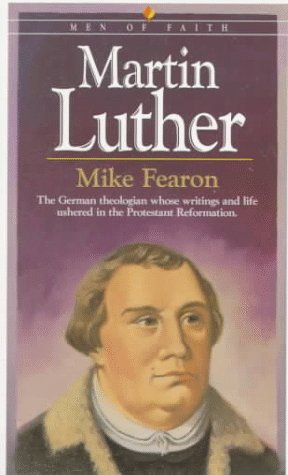 The fascinating story of the frightened young monk who became the "Father of the Reformation."When the young monk Martin Luther nailed his famous Ninety-Five Theses to the Castle Church in Wittenburg, his bold action ignited the fires of the Reformation that were to blaze across Europe.But the man who defiantly criticized the corruption of the church and declared that faith in Christ was all that mattered was neither brave nor strong. Only God could help him overcome the fears and terrors that had gripped him since childhood and inspire that courage that challenged the emperor of the Holy Roman Empire.Luther's trial and condemnation as a heretic at the Diet of Worms, his rescue to the Wartburg Castle, his translation of the New Testament into German, and the leadership that he provided to the growing Reformation movement are legendary. This short biography makes for great reading."Here I stand. God help me. Amen."… (more)