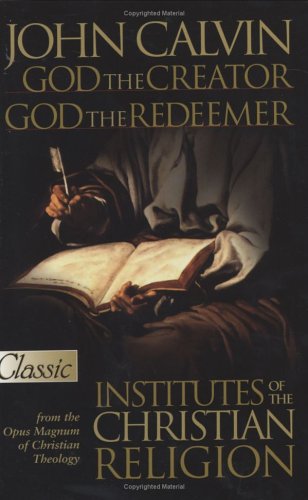 God the Creator, God the Redeemer:Institutes of the Christian Religion (Pure Gold Classic)

John Calvin's Institutes of the Christian Religion is one of the most famous theological books ever published, written and repeated refined and rewritten by one of the most significant figures of the Protestant Reformation. His system of doctrine and polity, Calvinism, has shaped more minds and entered into more nations than that of any other reformer. In every land, it made men strong against the attempted interference of the secular power with the rights of Christians and endures today, hundreds of years after his death. "It was more God's work than mine," Calvin said of his "Institutes."