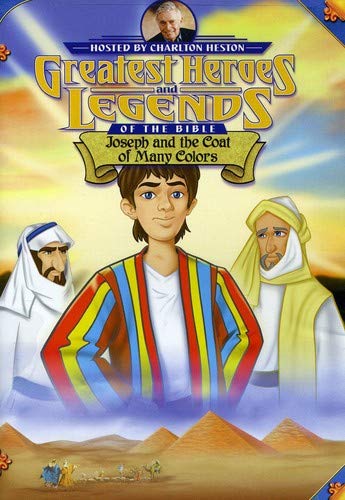 Greatest Heroes and Legends of the Bible: Joseph and the Coat of Many Colors (DVD)

Joseph is just a boy and his brothers are jealous because Joseph is his father's favorite. And so, they decide to sell Joseph into slavery in Egypt. Joseph faces many difficulties, but his gift for interpreting dreams eventually puts him in good standing with Egypt's ruler. Ultimately, he finds himself in a position of power--a position that would allow him to take revenge against his brothers. Instead he forgives them. Thus the tale ends on a note of hope and offers an uplifting moral message to viewers of all ages.

Greatest Heroes and Legends of the Bible [DVD]