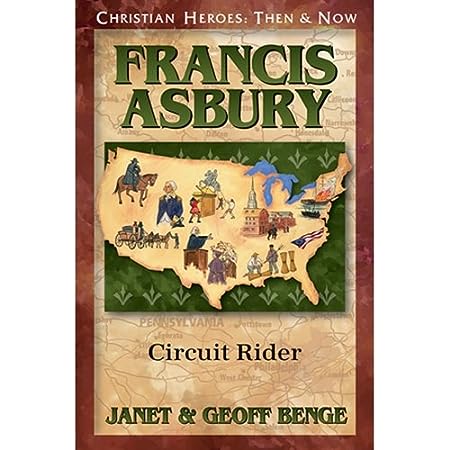 Frank felt his heart beat fast. At that moment he was certain God was calling him, asking him to give up his ties to his homeland and set out across the Atlantic Ocean. He did not hesitate to stand when John Wesley asked preachers to walk forward if they felt God was calling them to the American colonies. One of the first Methodist bishops in America, English-born Francis Asbury devoted his life to ministry, traveling on horseback to preach and teach to those living on the vastly isolated American frontier. Alone in a new country, with no home of his own, Asbury rode over 300,000 miles-across rivers and through rocky, overgrown roads-shining God's light on the fledgling colonies. When many Methodist clergy left America during the Revolutionary War, Asbury stayed. His tireless leadership sawthe movement grow from 5,000 members in 1776 to 214,000 at the time of his death in 1816, fulfilling the great destiny of his call and inspiring future generations.… (more)