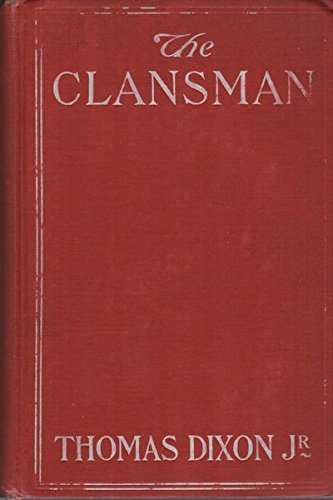 The year was 1865. With the close of the Civil War, there began for the South, an era of even greater turmoil. In The Clansman, his controversial 1905 novel, later the basis of the motion picture The Birth of a Nation, Thomas Dixon, describes the social, political, and economic disintegration that plagued the South during Reconstruction, depicting the rise of the Ku Klux Klan and the reactions of two families to racial conflict. This study in social history was alternatively praised and damned by contemporary critics. As historian Thomas D. Clark notes in his introduction, the novel "opened wider a vein of racial hatred which was to poison further an age already in social and political upheaval. Dixon had in fact given voice in his novel to one of the most powerful latent forces in the social and political mind of the South." For modern readers, The Clansman probes the roots of the racial violence that still haunts our society.… (more)

The Traitor: A Story of the Fall of the Invisible Empire by Thomas Dixon
The Strange Career of Jim Crow by C. Vann Woodward
White Over Black: American Attitudes toward the Negro, 1550-1812 by Winthrop D. Jordan
Slavery: A Problem in American Institutional and Intellectual Life by Stanley M. Elkins
Origins of the New South, 1877-1913: A History of the South by C. Vann Woodward
1 more
Black Reconstruction in America, 1860-1880 by W. E. B. Du Bois
Fewer