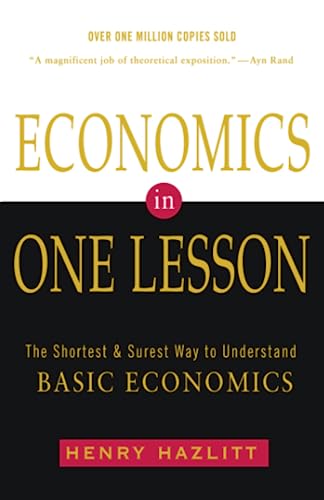 Economics in One Lesson

A million copy seller, a classic economic primer and a fundamental influence on modern libertarian economics. Considered among the leading economic thinkers, Hazlitt was a libertarian philosopher, an economist and a journalist. Written in 1946, this seminal work is concise, instructive, deceptively prescient and far-reaching in its efforts to dissemble economic fallacies that are so prevalent they have almost become a new orthodoxy. Many current economic commentators credit Hazlitt with foreseeing the collapse of the global economy, making this ever relevant.