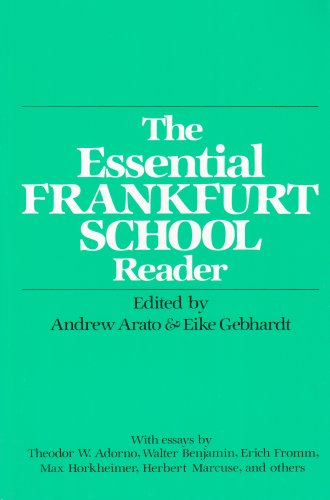 The Frankfurt School of philosophers, aestheticians, sociologists, and political scientists (including Theodore W. Adorno, Walter Benjamin, Max Horkheimer, Erich Fromm, and Herbert Marcuse) represents one of the most interesting and unique intellectual events of the twentieth century. Editors Arato and Gebhardt offer major introductions to the three sections that comprise the Reader, in which they seek to place to historical development of the School's thought and to deonstrate its complexity, while investigating its influence on various disciplines. Paul Piccone has written the General Introduction.