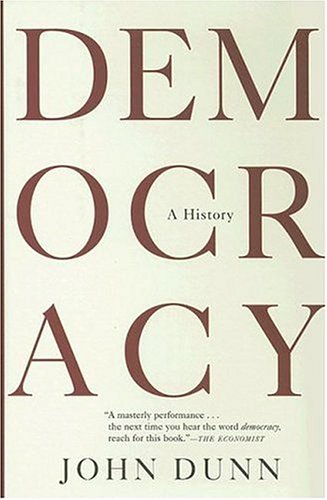 "In Democracy: A History, political theorist John Dunn sets out to explain the extraordinary presence of democracy in today's world. The story begins in Greece, where democracy started as an improvised remedy for a very local difficulty twenty-five hundred years ago. Athens gave democracy a name (demokratia) and worked out an elaborate, highly distinctive, and astonishingly thorough interpretation of the political conditions required to achieve it. However, democracy's tenure was short-lived, flourishing briefly and then fading away almost everywhere for nearly two thousand years. Democracy reappeared with the founding of the new American republic and amid the struggles of the French Revolution. The word democrat suddenly became a partisan label and a badge of political honor, lending credibility to the idea of transforming human collective life, anywhere and everywhere, to fit the requirements of democracy that are so familiar to us today."--BOOK JACKET.… (more)

Natural Rights Theories: Their Origin and Development by Richard Tuck