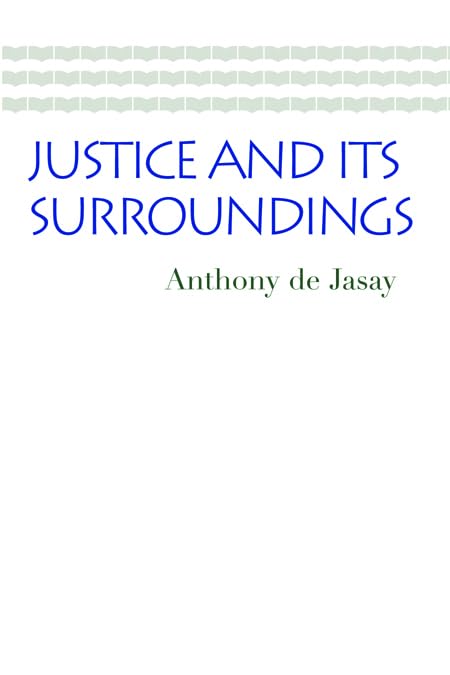 Justice and Its Surroundings

Author of The State, Anthony de Jasay, has been described as one of the few genuinely original minds in modern political philosophy. He breaks new ground with Justice and Its Surroundings - a new collection of trenchant essays that seek to redefine the concept of justice and to highlight the frontier between it and the surrounding issues that encroach upon it and are mistakenly associated with it. Justice and Its Surroundings discusses rival notions which treat justice 'as something else' -- as fairness, equality, or moral intuition. Jasay states, "Theories of justice inspired by the idea that its function is to rectify the way of the world by redistributing the good and bad things that happen to make up people's lots tend to be intellectually weak and vulnerable to the weapon of logic." Jasay's chosen mission is to promote clear reasoning rather than plead for a good cause. This straightforward and terse book analyzes the roles of collective choice, redistribution, and socialism and the claims that would enlist justice in their service. The issue of whether state authority is necessary, convenient, or neither, and the primacy of convention and contract are among the pivotal questions Jasay poses. Essays are divided into 5 categories: The Needless State, Redistribution, Justice, Socialism and Freedom. Features an introduction and index.… (more)

The Politicization of Society by Kenneth S. Jr. Templeton
The State by Anthony De Jasay
The Principles of Ethics: In Two Volumes by Herbert Spencer
The Logic of Liberty by Michael Polanyi
Social Contract, Free Ride by Anthony De Jasay
4 more
Freedom and Federalism by Felix Morley
Political Economy and Freedom by G. Warren Nutter
Commerce, Culture, and Liberty: Readings on Capitalism Before Adam Smith by Henry C. Clark
Nation, State, and Economy: Contributions to the Politics and History of Our Time by Ludwig Von Mises
Fewer