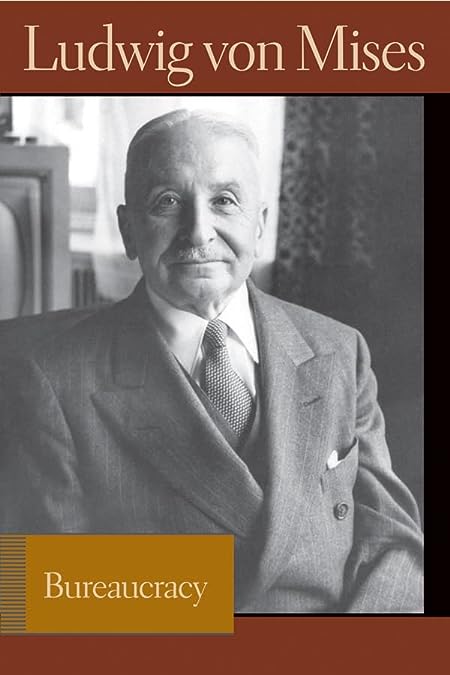 Originally published by Yale University Press in 1944, Bureaucracy is a classic fundamental examination of the nature of bureaucracies and free markets in juxtaposition to various political systems. Bureaucracy contrasts the two forms of economic management--that of a free market economy and that of a bureaucracy. In the market economy entrepreneurs are driven to serve consumers by their desire to earn profits and to avoid losses. In a bureaucracy, the managers must comply with orders issued by the legislative body under which they operate; they may not spend without authorization and they may not deviate from the path prescribed by law. Writing in an age of exuberant socialism, Ludwig von Mises here lucidly demonstrates how the efficiencies of private ownership and control of public good production ultimately trump the guesswork of publicly administered "planning” through codes and "officialdom.” Although Mises aptly critiques bureaucracy and expounds thoroughly upon the immense power of law-like codes of commissions and administrations, he does not condemn nor dismiss bureaucracy but rather frames its proper bounds within constitutional democratic governments. Ludwig von Mises (1881-1973) was the leading spokesman of the Austrian School of Economics throughout most of the twentieth century. He earned his doctorate in law and economics from the University of Vienna in 1906. In 1926, Mises founded the Austrian Institute for Business Cycle Research. From 1909 to 1934, he was an economist for the Vienna Chamber of Commerce. Before the Anschluss, in 1934 Mises left for Geneva, where he was a professor at the Graduate Institute of International Studies until 1940, when he emigrated to New York City. From 1948 to 1969, he was a visiting professor at New York University. Bettina Bien Greaves is a former resident scholar, trustee, and longtime staff member of the Foundation for Economic Education. She has written and lectured extensively on topics of free market economics. Her articles have appeared in such journals as Human Events, Reason, and The Freeman: Ideas on Liberty. A student of Mises, Greaves has become an expert on his work in particular and that of the Austrian School of economics in general. She has translated several Mises monographs, compiled an annotated bibliography of his work, and edited collections of papers by Mises and other members of the Austrian School.… (more)