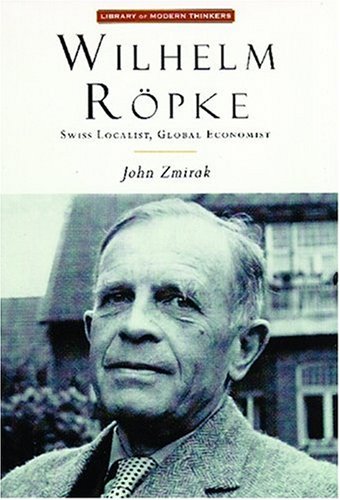 Wilhelm Ropke is probably the most unjustly neglected economist and social critic of the twentieth century. Exiled by Hitler's regime, Ropke was a passionate critic of socialism and the welfare state who was nonetheless keenly attuned to the limits of capitalism. John Zmirak's Wilhelm Ropke, written with the touch of an accomplished writer and journalist, ably demonstrates that Ropke's humane yet sophisticated Third Way economics can play a vital role in shaping appropriate policies to reflect the growing communitarian consensus.