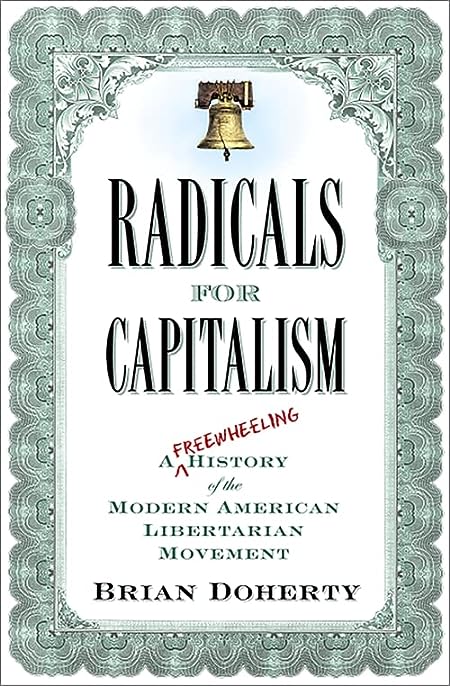 Radicals for Capitalism: A Freewheeling History of the Modern American Libertarian Movement

On Wall Street, in the culture of high tech, in American government: Libertarianism--the simple but radical idea that the only purpose of government is to protect its citizens and their property against direct violence and threat-- has become an extremely influential strain of thought. But while many books talk about libertarian ideas, none until now has explored the history of this uniquely American movement--where and who it came from, how it evolved, and what impact it has had on our country. In this revelatory book, based on original research and interviews with more than 100 key sources, Brian Doherty traces the evolution of the movement through the unconventional life stories of its most influential leaders-- Ludwig von Mises, F.A. Hayek, Ayn Rand, Murray Rothbard, and Milton Friedman--and through the personal battles, character flaws, love affairs, and historical events that altered its course. And by doing so, he provides a fascinating new perspective on American history--from the New Deal through the culture wars of the 1960s to today's most divisive political issues. Neither an exposé nor a political polemic, this entertaining historical narrative will enlighten anyone interested in American politics.… (more)