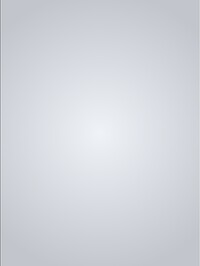 Toward a Truly Free Market: A Distributist Perspective on the Role of Government, Taxes, Health Care, Deficits, and More

For three decades free-market leaders have tried to reverse longstanding Keynesian economic policies, but have only produced larger government, greater debt, and more centralized economic power. So how can we achieve a truly free-market system, especially at this historical moment when capitalism seems to be in crisis? The answer, says John C. Médaille, is to stop pretending that economics is something on the order of the physical sciences; it must be a humane science, taking into account crucial social contexts. Toward a Truly Free Market argues that any attempt to divorce economic equilibrium from economic equity will lead to an unbalanced economy-one that falls either to ruin or to ruinous government attempts to redress the balance. In Toward a Truly Free Market, Médaille not only points out the problems, but also offers viable solutions, showing how we can: Slash the federal budget by half Reduce the tax code from nine million words to a couple of pages Drastically curb the government's sprawling bureaucracy Manage natural resources safely, while cutting the budget in half End the bailouts Really reform the health care system And much more In Toward a Truly Free Market, Médaille makes a refreshingly clear case for the economic theory-and practice-known as distributism. Unlike many of his fellow distributists, who argue primarily from moral terms, Médaille enters the economic debate on purely economic terms.… (more)

A Humane Economy: The Social Framework of the Free Market by Wilhelm Röpke
The Servile State by Hilaire Belloc
Redeeming Economics: Rediscovering the Missing Element by John D. Mueller
Small is Still Beautiful: Economics as if Families Mattered by Joseph Pearce
The Spirit of Democratic Capitalism by Michael Novak
6 more
Wilhelm Ropke by John Zmirak
Economics of Good and Evil: The Quest for Economic Meaning from Gilgamesh to Wall Street by Tomáš SedláÄŤek
How Much is Enough?: Money and the Good Life by Robert Skidelsky
Human Goods, Economic Evils: A Moral Approach to the Dismal Science by Edward Hadas
What Should Economists Do? by James M. Buchanan
Econoclasts: The Rebels Who Sparked the Supply-Side Revolution and Restored American Prosperity by Ph.D. Brian Domitrovic Ph. D
Fewer