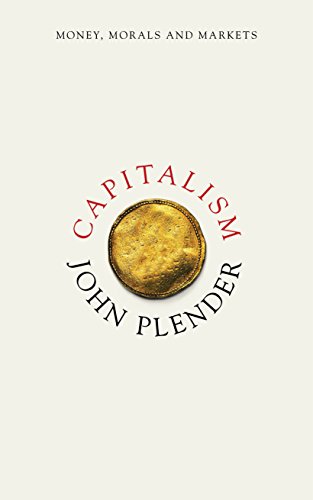 In the aftermath of the financial crisis and the deepest recession since the 1930s, capitalism is once again the subject of heated debate. While the end of the Cold War destroyed the credibility of the only systemic alternative, many in the developed world remain profoundly uncomfortable with the workings of capitalism, despite its extraordinary capacity to lift millions out of poverty and raise living standards. In this extraordinary book senior Financial Times columnist John Plender highlights and investigates a concern about the moral character of money that pre-dates the industrial revolution by more than two millennia. He explores this paradoxical aspect of the system in a historical context, looking at money, banking, entrepreneurship, art, taxation and other aspects of modern capitalism not only through the eyes of economists and business people, but through the views of philosophers, novelists, poets, artists and divines. It reaches its own conclusions on the future of a system that remains hostage to excessive risk taking by banks and under threat from an even bigger financial crisis than the one that struck in 2008.… (more)

The Great Escape: Health, Wealth, and the Origins of Inequality by Angus Deaton
A Capitalism for the People: Recapturing the Lost Genius of American Prosperity by Luigi Zingales
Wealth and Justice: The Morality of Democratic Capitalism by Peter Wehner
False Dawn: The Delusions of Global Capitalism by John Gray
The Culture of the New Capitalism by Richard Sennett
7 more
Redeeming Economics: Rediscovering the Missing Element by John D. Mueller
Moral Markets: The Critical Role of Values in the Economy by Paul J. Zak
Money: The Unauthorized Biography by Felix Martin
The Passions and the Interests: Political Arguments for Capitalism before Its Triumph by Albert O. Hirschman
The Haves and the Have-Nots: A Brief and Idiosyncratic History of Global Inequality by Branko Milanovic
Economics of Good and Evil: The Quest for Economic Meaning from Gilgamesh to Wall Street by Tomáš Sedláček
The Company of Strangers: A Natural History of Economic Life by Paul Seabright
Fewer