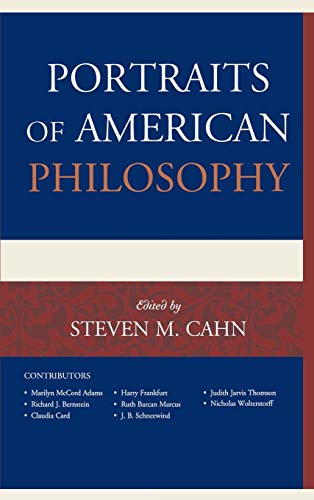 In Portraits of American Philosophy eight of Americaż?żs leading philosophers offer autobiographical narratives, reminding us that the life of a scholar is both a personal struggle and an adventure in ideas. Selected from the prestigious John Dewey Lectures, these reminiscences provide personal perspectives on how a generation of scholars faced barriers built on prejudices of religion, race, gender, and sexual orientation, while being affected by the Civil Rights Movement, the Vietnam War, and feminism. Also explored are the major themes of post-World War II American philosophy, including the temporary dominance of logical positivism and then ordinary language philosophy; the animus between some supporters of the so-called analytic and Continental traditions; new approaches to a variety of subfields; and a deepened understanding of how the history of philosophy can be enriched through concentration on textual and contextual study. These unique remembrances of people, institutions, and issues not only chart the history of recent American philosophy but also present incisive accounts of the trajectory of American intellectual life as seen through the eyes of some of its most influential thinkers.… (more)