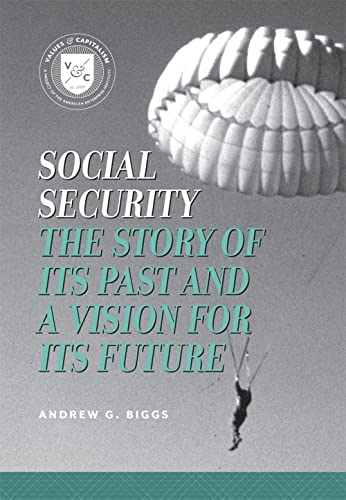 Social Security: The Story of Its Past and a Vision for Its Future

In a time of record-setting deficits and concern over burgeoning debt, perhaps no single issue is more hotly debated than how to fix Social Security, a program long called the "third rail" of American politics because it killed the political career of anyone who touched it. But the immediacy of America's fiscal problems presents an opportunity to reform and renew one of the largest expenditures in the federal budget. Fixing Social Security requires us to understand the purpose of the program, how it was designed to work, and why it is going broke. In Social Security: The Story of Its Past and a Vision for Its Future, Andrew G. Biggs retraces the history of Franklin Roosevelt's plan to provide for retirees, explains why the current system is unsustainable, and offers a plan to pay back "legacy debt" and create a sound Social Security system for the future.… (more)