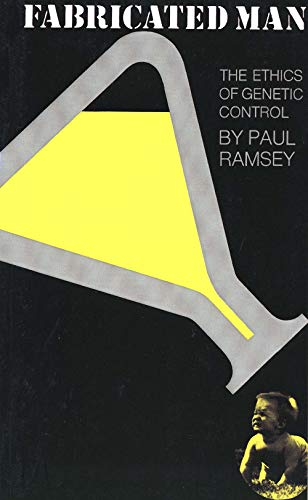 "Because those who come after us may not be like us, or because those like us may not come after us, or because after a time there may be none to come after us, mankind must now set to work to insure that those who come after us will be more unlike us.  In this there is at work the modern intellect's penchant for species suicide."  With these words Paul Ramsey brings to a conclusion his provocative and surprising study of the problems we are encountering - and will encounter - as scientific advances make the genetic control of man a real possibility.  Now, increased knowledge of chromosome structure has taken the alteration of the human race out of the realm of science fiction and placed it in the hands of laboratory scientists.    Ramsey sees this advance in science and technology as a mixed blessing.  He examines the ramifications of genetic control, not only the now common measures of birth control and artificial insemination, but also the effect on the genetic pool of the increasing numbers of genetically poor individuals.  His concern for humanistic values informs each argument as he tackles such issues as asexual reproduction of men, frozen semen banks, and the breeding of human beings for special purposes.  No less than the future of man as we know him hangs on these issues.  One must pay particular attention to this book. … (more)