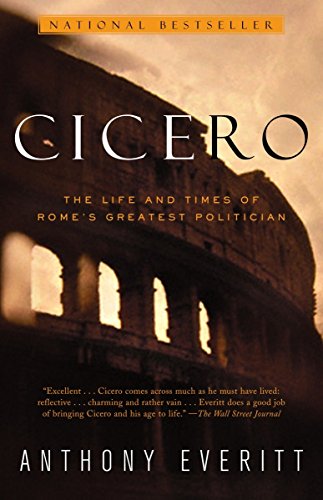 Cicero: The Life and Times of Rome's Greatest Politician

In this biography Anthony Everitt brings to life the world of ancient Rome in its glorious heyday. Cicero squared off against Caesar and was friends with young Brutus. He advised Pompey on his botched transition from military hero to politician. He lambasted Mark Antony and was the master of the smear campaign, as feared for his wit as he was for exposing his opponents' sexual peccadilloes. Brilliant, voluble, cranky, a terrible gossip, and a genius of political manipulation, Cicero was Rome's most revered politician, one of the greatest statesmen of all time. Accessible to us through unguarded letters written to his best friend, Atticus, Cicero emerges as a witty and resourceful political manipulator, the most eloquent witness to the last days of Republican Rome.… (more)

The Republic and The Laws (Oxford World's Classics) by Cicero