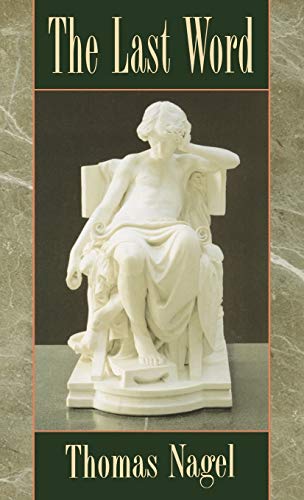 If there is such a thing as reason, it has to be universal. Reason must reflect objective principles whose validity is independent of our point of view--principles that anyone with enough intelligence ought to be able to recognize as correct. But this generality of reason is what relativistsand subjectivists deny in ever-increasing numbers. And such subjectivism is not just an inconsequential intellectual flourish or badge of theoretical chic. It is exploited to deflect argument and to belittle the pretensions of the arguments of others. The continuing spread of this relativistic wayof thinking threatens to make public discourse increasingly difficult and to exacerbate the deep divisions of our society. In The Last Word, Thomas Nagel, one of the most influential philosophers writing in English, presents a sustained defense of reason against the attacks of subjectivism,delivering systematic rebuttals of relativistic claims with respect to language, logic, science, and ethics. He shows that the last word in disputes about the objective validity of any form of thought must lie in some unqualified thoughts about how things are--thoughts that we cannot regard fromoutside as mere psychological dispositions.… (more)