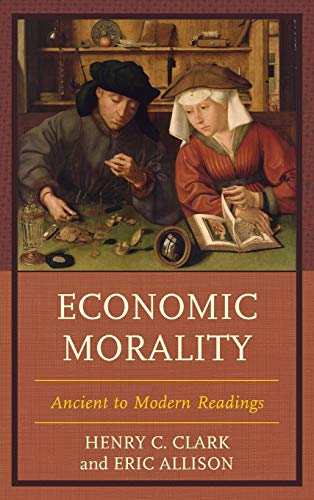 This volume provides an integrated and wide-ranging set of primary-source readings on the relationship between moral values and economic activity, as articulated by some of the leading figures in Western civilization. From the ancient Greeks to the present, Economic Morality: Ancient to Modern Readings offers substantial coverage to each major period of history: classical Antiquity, the Middle Ages, the Renaissance and Reformation, the Enlightenment, the Industrial Revolution, and the modern era. Everything from Aristotle to Adam Smith, from Marx to Hayek, and from Proudhon to Nozick has been brought together in one comprehensive survey. The perspectives represented in our volume include those of Christians and Muslims; Protestants, Catholics, and Jews; believers and non-believers; capitalists and socialists; conservatives and libertarians. They emphasize both law and mores, as well as history, philosophy, religion, and economics. This is a genuinely interdisciplinary volume, and one that invites a catholic and humanistic conversation. In preparing this collection, the contributors aim to recover something of the range of moral opinion that first accompanied the rise of "economics" in the eighteenth-century Enlightenment. The loss of that range of opinion has left a troubling void in our academic and public discourse. Those who broadly embrace the modern economic project tend to view it pragmatically but not morally, while those who are more critical of it often end up in a moral monologue that is unsatisfying to all sides. By showing the optimistic pragmatists the rich tradition of moral criticism and the pessimistic critics the equally rich tradition of (qualified) moral approbation, this volume seeks to facilitate conversation and bring much-needed mutual comprehension to a perennial debate.… (more)