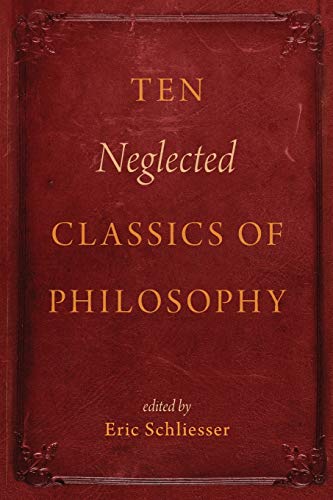 What makes for a philosophical classic? Why do some philosophical works persist over time, while others do not? The philosophical canon and diversity are topics of major debate today. This stimulating volume contains ten new essays by accomplished philosophers writing passionately about worksin the history of philosophy that they feel were unjustly neglected or ignored - and why they deserve greater attention. The essays cover lesser known works by famous thinkers as well as works that were once famous but now only faintly remembered. Works examined include Gorgias' Encomium of Helen,Jane Adams' Women and Public Housekeeping, W.E.B. DuBois' Whither Now and Why, Edith Stein's On the Problem of Empathy, Jonathan Bennett's Rationality, and more.While each chapter is an expression of engagement with an individual work, the volume as a whole, and Eric Schliesser's introduction specifically, address timely questions about the nature of philosophy, disciplinary contours, and the vagaries of canon formation.… (more)