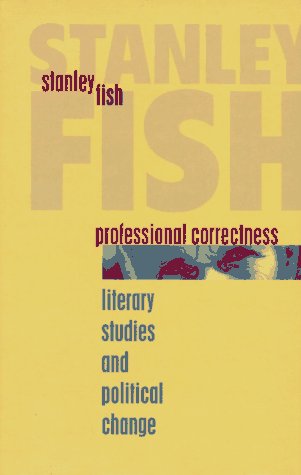 `The academy - love it or leave it'. Professional Correctness is a brilliant analysis of the fierce debate in literary and cultural studies between those who want interpretive work to influence political issues and those who fear that this would destroy the essence of literary criticism. It argues that movements such as the new historicism, gender studies, or cultural studies can change the objects of their attention, change their vocabularies, change the scope of their claims, indeed change their very names, but nothing they do will bring them into closer contact with the largerstructures they would transform. The moral, Fish says, is that if you want to do work that will reach a larger audience and resound beyond the academy, get out of it.… (more)