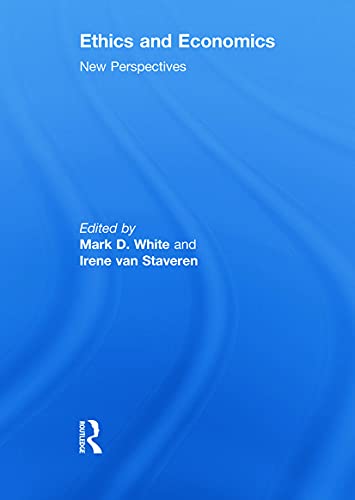 Since the days of Adam Smith, ethics and economics have been closely intertwined, and were nominally separated only with the advent of neoclassical economics in the beginning of the last century. This book features eleven essays by leading scholars in economics and philosophy who argue for a renewal of the bond between the two disciplines. Several of the contributors argue that the ethical content of economics and moral status of the market have been misunderstood, for better and for worse. Some recommend changes in the way that individual economic choice is modelled, in order to incorporate ethical as well as self-interested motivations. Finally, others question the way that societies assess economic policies that affect the welfare and dignity of their constituents. A wide range of philosophical perspectives is offered, drawing from the classic writings of Adam Smith, Immanuel Kant, and the ancient Stoics, to that of current scholars such as Amartya Sen, Elizabeth Anderson, and Christine Korsgaard. This book provides a comprehensive introduction to the cutting edge of interdisciplinary research between ethics and economics, and is sure to be an important resource for scholars in both fields. This book was published as a combination of the special issues Review of Political Economy and Review of Social Economy.… (more)