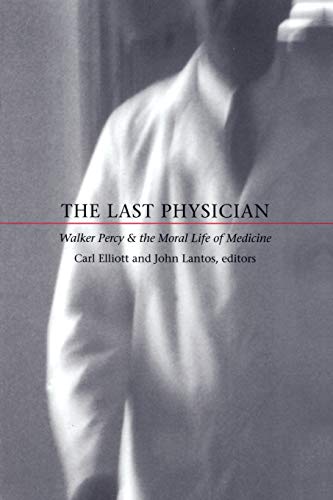 The Last Physician: Walker Percy and the Moral Life of Medicine

Walker Percy brought to his novels the perspective of both a doctor and a patient. Trained as a doctor at Columbia University, he contracted tuberculosis during his internship as a pathologist at Bellevue Hospital and spent the next three years recovering, primarily in TB sanitoriums. This collection of essays explores not only Percy's connections to medicine but also the underappreciated impact his art has had--and can have--on medicine itself. The contributors--physicians, philosophers, and literary critics--examine the relevance of Percy's work to current dilemmas in medical education and health policy. They reflect upon the role doctors and patients play in his novels, his family legacy of depression, how his medical background influenced his writing style, and his philosophy of psychiatry. They contemplate the private ways in which Percy's work affected their own lives and analyze the author's tendency to contrast the medical-scientific worldview with a more spiritual one. Assessing Percy's stature as an author and elucidating the many ways that reading and writing can combine with diagnosing and treating to offer an antidote to despair, they ask what it means to be a doctor, a writer, and a seeker of cures and truths--not just for the body but for the malaise and diseased spirituality of modern times. This collection will appeal to lovers of literature as well as medical professionals--indeed, anyone concerned with medical ethics and the human side of doctoring. Contributors. Robert Coles, Brock Eide, Carl Elliott, John D. Lantos, Ross McElwee, Richard Martinez, Martha Montello, David Schiedermayer, Jay Tolson, Bertram Wyatt-Brown, Laurie Zoloth-Dorfman… (more)

On Moral Business: Classical and Contemporary Resources for Ethics in Economic Life by Max L. Stackhouse
Better Than Well: American Medicine Meets the American Dream by Carl Elliott
Illness: The Cry of the Flesh (The Art of Living) by Havi Carel