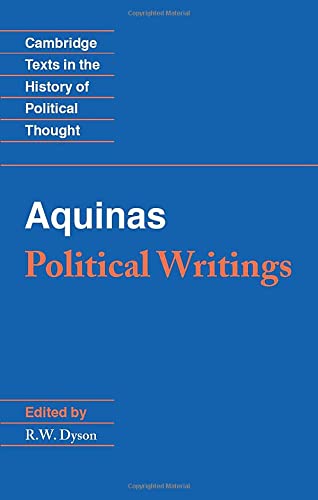 Thomas Aquinas (1225-74) is a massive figure in the history of western thought and of the Catholic church. In this major addition to the Cambridge Texts series Robert Dyson (whose modern rendition of Augustine's City of God has already been widely acclaimed) has chosen texts by Aquinas that show his development of a Christian version of the philosophy of Aristotle, its contrast with the Augustinian thought that had coloured so much political thinking in the previous eight centuries, and St Thomas's views as to the purpose of government, constitutions, and the relations between secular and ecclesiastical power. Property, slavery, and usury are fully covered, as are St Thomas's celebrated and influential writings on law. The translations are extremely accessible and the whole is supported by all of the usual series features designed to assist the student reader, including brief biographies, notes for further reading and a concise critical introduction.… (more)

Aristotle: The Politics and the Constitution of Athens by Aristotle
The Spirit of Mediaeval Philosophy by Etienne Gilson