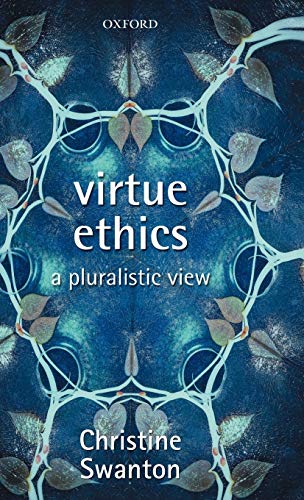 Christine Swanton offers a new, comprehensive theory of virtue ethics which addresses the major concerns of modern ethical theory from a character-based perspective. Discussion of many problems in moral theory, such as moral constraints, rightness of action, the good life, the demandingness ofethics, the role of the subjective, and the practicality of ethics, has been dominated by Kantian and Consequentialist theories, with their own distinctive conceptual apparatus. Virtue Ethics shows how a different framework can shed new light on these intractable issues.Swanton's approach is distinctive in that it departs in significant ways from classical versions of virtue ethics derived primarily from Aristotle. Employing insights from Nietzsche and other sources, she argues against both eudaimonistic virtue ethics and traditional virtue ethical conceptions ofrightness. In developing a pluralistic view, she shows how different 'modes of moral acknowledgement' such as love, respect, appreciation, and creativity, are embedded in the very fabric of virtue, the moral life, and the good life.… (more)