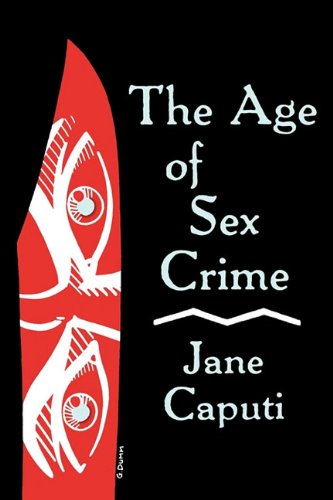 The sexualized serial murder of women by men is the subject of this provocative book. Jane Caputi argues that the sensationalized murders by men such as Jack the Ripper, Son of Sam, Hillside Strangler, and the Yorkshire Ripper represent a contemporary genre of sexually political crimes. The awful deeds function as a form of patriarchal terrorism, "disappearing" women at a rate of some four thousand annually in the United States alone.           Caputi asks us not only to name the phenomenon of sexually political murder, but to recognize sex crime in all of its various interconnecting manifestations.

LibraryThing member RapeCrisisScotland
"This book is a feminist analysis of the sexualised murder of women by men in modern Western society, a subject that is at once frightening and enraging. There is no sensensationalism here; rather, my aim is to provide a political analysis and demythicisation of this most extreme form of patriarchal violence" (Caputi)… (more)

Femicide: The Politics of Woman Killing by Jill Radford
Against Our Will by Susan Brownmiller
Pornography: Men Possessing Women (Plume) by Andrea Dworkin
Fight Back: Feminist Resistance to Male Violence by Frederique Delacoste
When Battered Women Kill by Angela Browne
18 more
Gyn/Ecology: The Metaethics of Radical Feminism by Mary Daly
I Never Called It Rape: The Ms. Report on Recognizing, Fighting, and Surviving Date and Acquaintance Rape by Robin Warshaw
Women Who Kill by Ann Jones
Capitalist Patriarchy and the Case for Socialist Feminism by Zillah R. Eisenstein
The War Against Women by Marilyn French
Take Back the Night by Laura Lederer
Intercourse by Andrea Dworkin
Woman and Nature: The Roaring Inside Her by Susan Griffin
Sexual Politics by Kate Millet
Rape, The Power of Consciousness by Susan Griffin
Yours in Struggle: Three Feminist Perspectives on Anti-Semitism and Racism by Elly Bulkin
Life And Death by Andrea Dworkin
The macho paradox : why some men hurt women and how all men can help by Jackson Katz
The Morning After: Sex, Fear, and Feminism on Campus by Katie Roiphe
Not in God's image by Lauro Martines
Making a Difference : feminist Literary Criticism by Gayle; Kahn Greene, Oppelia
Radical feminism by Anne Koedt
Re-Making Love: The Feminization Of Sex by Barbara Ehrenreich
Fewer