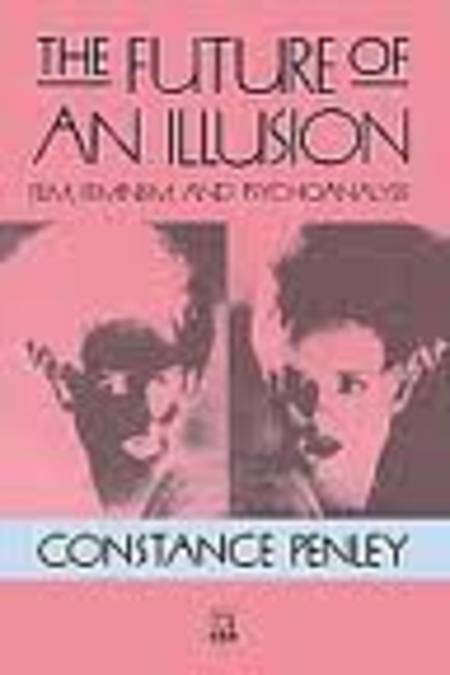 The Future of an Illusion: Film, Feminism, and Psychoanalysis (Media and Society)

The Future of an Illusion was first published in 1989. Minnesota Archive Editions uses digital technology to make long-unavailable books once again accessible, and are published unaltered from the original University of Minnesota Press editions.The Future of an Illusion documents the pivotal role Constance Penley has played in the development of feminist film theory. Penley analyzes the primary movements that have shaped the field: the conjunction of feminism, film theory, and psychoanalysis, and the inherent debates surrounding the politics of women and representation. These debates center on the position of women in the classical Hollywood narrative, the construction of the spectator's desire in pornography and eroticism, and the implicitly male bias in psychoanalytically oriented film theory. Essential to anyone studying the sexual policies of representation, The Future of an Illusion ranges from avant-garde films to video, popular cinema, television, literature, and critical and cultural theory.Constance Penley is associate professor of English and film studies at the University of Rochester. A co-editor of the journal Camera Obscura,she is the editor of Feminism and Film Theory.… (more)

The Acoustic Mirror: The Female Voice in Psychoanalysis and Cinema (Theories of Representation and Difference) by Kaja Silverman
Alice Doesn't: Feminism, Semiotics, Cinema by Teresa De Lauretis
Femmes Fatales: Feminism, Film Theory, Psychoanalysis by Mary Ann Doane
Technologies of Gender: Essays on Theory, Film, and Fiction (Theories of Representation and Difference) by Teresa de de Lauretis
Visual and Other Pleasures (Theories of Represen) by Laura Mulvey
9 more
Issues in Feminist Film Criticism (A Midland Book) by Patricia Erens
Female Spectactors: Looking at Film and Television (Questions for Feminism) by Deidre Pribram
Studies in entertainment : critical approaches to mass culture by Tania Modleski
Women's Pictures: Feminism and Cinema by Annette Kuhn
The Women Who Knew Too Much: Hitchcock and Feminist Theory by Tania Modleski
Questions of third cinema by Jim Pines
Women & Film by E. Ann Kaplan
The Subject of Semiotics by Kaja Silverman
Hard Core: Power, Pleasure, and the "Frenzy of the Visible" by Linda Williams
Fewer