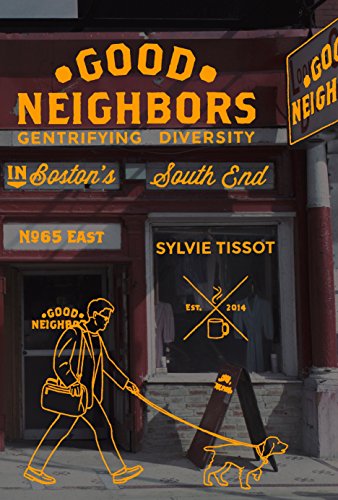 Cities are the prime locus of class conflict today. Often described as gentrification, the material bases and concrete manifestations of this new form of social violence have too often gone uncharted, however. Through an historical and ethnographical account of the changing face of one former working class neighborhood in Boston, Good Neighbors provides fascinating insights into how the urban elites have reshaped the neighborhood they now inhabit. Investigating the mix of inclusion and exclusion that characterizes elite culture, Tissot demonstrates that while new mixed demographics emerged and coexistence alongside different populations - whether for their income, their ethnic origins or their sexual orientation - have become a prized quality, social barriers have not in any sense been erased, indeed quite the contrary.… (more)

LibraryThing member Karen59
Good Neighbors was a very hard book to read. It was painful to read about the uprooting of working class, poor and ethnic communities who became unable to afford the skyrocketing rents and escalating real estate prices caused by gentrification in Boston's Sound End. The strength of Good Neighbors lies in Tissots ability to show us how gentrification is not just an economic process but a social one too; a process where the wealthy transforms these neighborhoods in their own image with elite values through neighborhood and condo associations and ties to policymakers in City Hall. Although many of the wealthy elite speak about the importance of diversity, in reality, the working class is no longer welcome, is formally marginalized and economically shut out. The process is almost 100% complete except that there is a large, very well-know homeless shelter that has a lease through 2068. An article was published in the Boston Globe several weeks ago that described how the staff of the shelter were distributing cookies and hired a security guard for their new neighbors to calm their fears about living so close to the homeless. An energetic discussion ensued in the Boston Globe comments section about why the shelter felt the need, and if it was right, to kowtow to the new residents fears. Good Neighbors then is a timely, essential work that highlights who suffers and what we have lost in our urban communities. Thank you to NetGalley for allowing me to review this book for an honest opinion.… (more)

Direct action : protest and the reinvention of American radicalism by L. A. Kauffman
Work: The Last 1,000 Years by Andrea Komlosy
Peasant-citizen and slave : the foundations of Athenian democracy by Ellen Meiksins Wood
Invisibility Blues: From Pop to Theory (Haymarket) by Michele Wallace