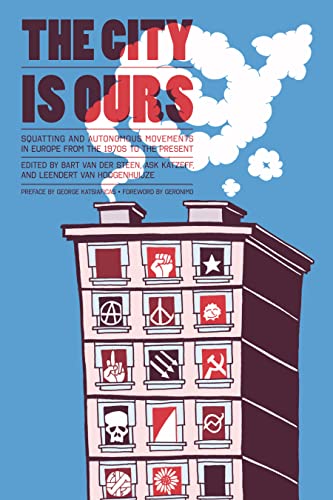 The city is ours : squatting and autonomous movements in Europe from the 1970s to the present

Squatters and autonomous movements have been at the forefront of radical politics in Europe for nearly a half-centuryfrom struggles against urban renewal and gentrification, to large-scale peace and environmental campaigns, to spearheading the antiausterity protests sweeping the continent. Through an examination of the local history of these movements in eight different citiesincluding Amsterdam, Berlin, and other famous centers of autonomous insurgence, along with underdocumented cities such as Poznan and AthensThe City Is Ours paints a broad and complex picture of Europes squatting and autonomous movements. Each chapter focuses on one city and provides a clear chronological narrative and analysis accompanied by photographs and illustrations. The sections center on the most important events and developments in the history of these movements, identifying the specificities of the local movements and dealing with issues such as the relation between politics and subculture, generational shifts, the role of confrontation and violence, and changes in political tactics. The contributors are all politically engaged authors who combine academic scrutiny with accessible writing, providing a clear and engaging view of important contemporary social movements.… (more)

We do not fear anarchy, we invoke it : the First International and the origins of the anarchist movement by Robert Graham
Who's Afraid of the Black Blocs?: Anarchy in Action around the World by Francis Dupuis-Déri
Queering anarchism : addressing and undressing power and desire by Deric Shannon
Reinventing anarchy, again by Howard J. Ehrlich
Malatesta : his life & ideas by Errico Malatesta
1 more
The subversion of politics : european autonomous social movements and the decolonization of everyday life by George N. Katsiaficas
Fewer