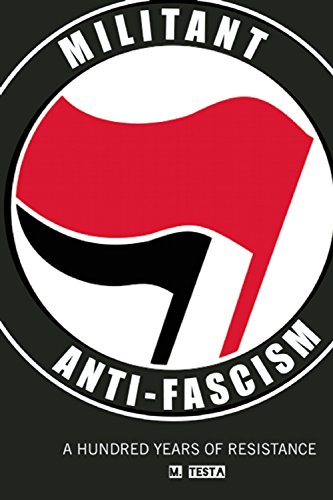 Fascism is unfortunately not a thing of the past. It never went away and, in our current climate of economic crisis and enforced austerity, it becomes even more prevalent. Militant Anti-Fascism tracks the history of fascism and the movements that grew up to resist it, from its earliest roots up to the present day. Focusing particularly on Britain and Ireland, the author gives a detailed history of the rise of groups such as the National Front, the British National Party and the more recent English Defence League, alongside the histories of the anti-fascist groups that challenged them.

Antifa : the anti-fascist handbook by Mark Bray
Taking Sides: Revolutionary Solidarity and the Poverty of Liberalism by Cindy Milstein
We do not fear anarchy, we invoke it : the First International and the origins of the anarchist movement by Robert Graham
The subversion of politics : european autonomous social movements and the decolonization of everyday life by George N. Katsiaficas
Queering anarchism : addressing and undressing power and desire by Deric Shannon
4 more
No more heroes : grassroots challenges to the savior mentality by Jordan Flaherty
Joyful militancy : building thriving resistance in toxic times by Nick Montgomery
Quiet rumours : an anarcha-feminist reader by Dark Star Collective
Undoing Border Imperialism by Harsha Walia
Fewer