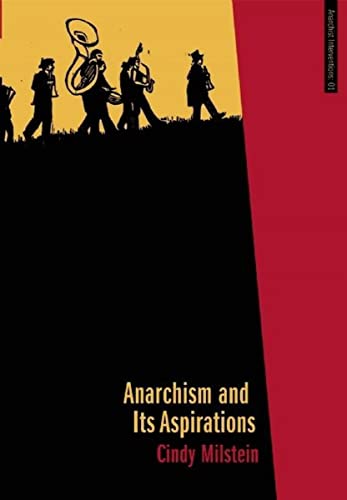 Anarchism and Its Aspirations

From nineteenth-century newspaper publishers to the protesters in the "Battle of Seattle" and the recent Greek uprising, anarchists have long been incited to action by the ideal of a "free society of free individuals"--a transformed world in which people and communities relate to each other intentionally and without hierarchy or domination. But what exactly would that look like, and how can we get there? Anarchism and Its Aspirations provides an accessible overview of the history and hopeful future of this vision for a better world. The book quickly brings even the uninitiated reader up to speed with a crash course on some of the most influential anarchists in history and their ideas about how we might achieve the transformation of society. From there, the book looks at how these principles have been put into practice by groups such as the Situationist International, social ecologists, Zapatistas, anti-globalization activists, and other directly democratic organizations and communities in their respective struggles against capitalism and state control. Laying out a clear introduction to some of the main ideas behind an often-misunderstood political philosophy,Anarchism and Its Aspirations helps us imagine the vast possibility of a truly free and democratic society. Cindy Milstein is an activist and educator from Vermont. She serves on the board of the Institute for Anarchist Studies, co-organizes the Renewing the Anarchist Tradition conference, and is a collective member at Black Sheep Books. Her essays have appeared in several anthologies, includingRealizing the Impossible,Confronting Capitalism, andGlobalize LiberationX.… (more)

We are an image from the future : the Greek revolt of December 2008 by A. G. Schwarz
Anarchy in the Age of Dinosaurs by Curious George Brigade
Decolonizing anarchism : an antiauthoritarian history of India's liberation struggle by Maia Ramnath
Queering anarchism : addressing and undressing power and desire by Deric Shannon
Anarchy alive! : anti-authoritarian politics from practice to theory by Uri Gordon
7 more
Revolution and other writings : a political reader by Gustav Landauer
The accumulation of freedom : writings on anarchist economics by Deric Shannon
Taking Sides: Revolutionary Solidarity and the Poverty of Liberalism by Cindy Milstein
Quiet rumours : an anarcha-feminist reader by Dark Star Collective
Possibilities : essays on hierarchy, rebellion, and desire by David Graeber
We do not fear anarchy, we invoke it : the First International and the origins of the anarchist movement by Robert Graham
Free women of Spain : anarchism and the struggle for the emancipation of women by Martha A. Ackelsberg
Fewer