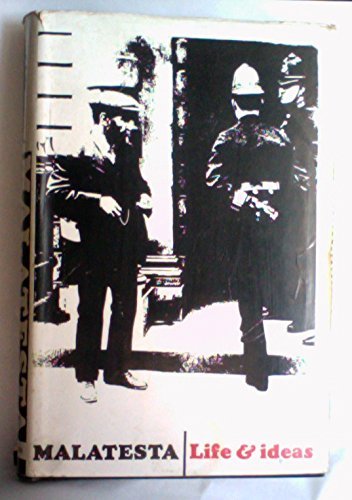 Life and Ideas gathers excerpts from Malatesta's writings over a lifetime of revolutionary activity. The editor, Vernon Richards, has translated hundreds of articles by Malatesta, taken from the journals Malatesta either edited himself or contributed to, from the earliest, L'En Dehors of 1892, through to Pensiero e Volontà, which was forced to close by Mussolini's fascists in 1926, and the bilingual Il Risveglio/Le Réveil, which published most of his writings after that date. These articles have been pruned down to their essentials and collected under subheadings ranging from "Ends and Means

Anarchist organisation : the history of the F.A.I. by Juan Gómez Casas
Cuban anarchism : the history of a movement by Frank Fernández
Anarchy in action by Colin Ward
Free women of Spain : anarchism and the struggle for the emancipation of women by Martha A. Ackelsberg
The Voltairine de Cleyre reader by A. J. Brigati
1 more
Granny Made Me an Anarchist by Stuart Christie
Fewer