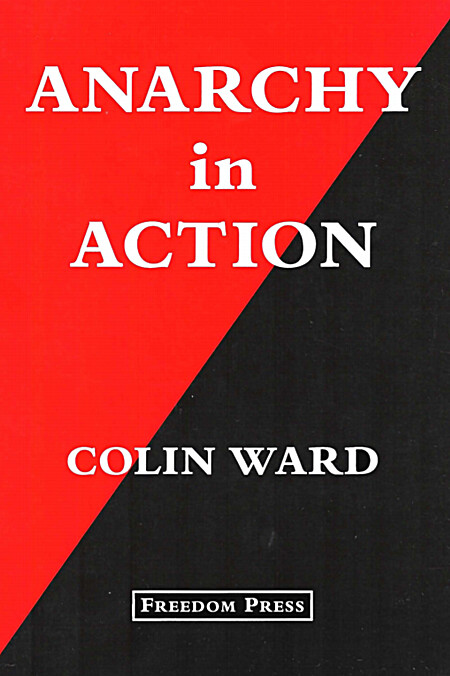 With chapters on the family, federations, schools, housing, crime, employment, welfare, deviancy, planning, and more, this is probably the best practical example of anarchist ideas in action. As Colin Ward writes in his introduction, "This book is not intended for people who had spent a lifetime pondering the problems of anarchism, but for those who either had no idea of what the word implied or knew exactly what it implied and rejected it, considering that it had no relevance for the modern world... It is not about strategies for revolution and it is not involved in speculation on the way an anarchist society would function. It is about the ways in which people organize themselves in any kind of human society, whether we care to categorize those societies as primitive, traditional, capitalist or communist."… (more)

Anarchism and other essays by Emma Goldman
Anarkismi by Daniel Guérin
Taistelu leivästä by Peter Krapotkin
Malatesta : his life & ideas by Errico Malatesta
Reinventing anarchy, again by Howard J. Ehrlich
5 more
Free women of Spain : anarchism and the struggle for the emancipation of women by Martha A. Ackelsberg
Anarchist pedagogies : collective actions, theories, and critical reflections on education by Robert H. Haworth
The modern school movement : anarchism and education in the United States by Paul Avrich
The subversion of politics : european autonomous social movements and the decolonization of everyday life by George N. Katsiaficas
Anarchy alive! : anti-authoritarian politics from practice to theory by Uri Gordon
Fewer