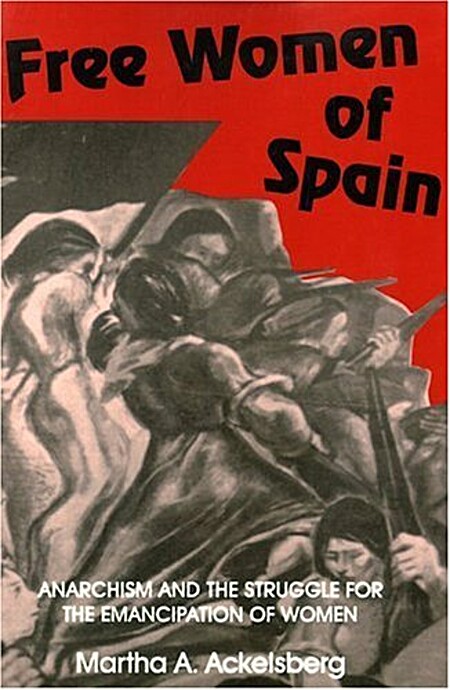 Free women of Spain : anarchism and the struggle for the emancipation of women

by Martha A. Ackelsberg

"When historians take women's movements and gender differences in organizations... seriously, this book will become part of the canon.... a forthright effort to view women's participation in politics in exciting new ways." --American Historical Review "The work not only fills a gap in knowledge of women's radical politics, but also addresses current concerns of feminist scholars." --Choice "The book brings us something of the excitement of the revolutionary possibility lived by these women--and the frustration of their encounter with male resistance to including women's emancipation in the revolutionary program." --Signs "Theirs is a story of commitment and creativity, of steadfastness and practicality, of communal endeavour and the bleak individual fate of defeat, hardship, and exile." --Gender and History "Ackelsberg, in the roles of both historian and activist, has crafted a volume that speaks to a wide variety of interests.... Her story is rich with the memories and voices of women... " --The Women's Review of Books "The author examines the autonomous women's liberation organization in late-1930s Spain, which represented an alternative to the individualistic perspectives characterizing mainstream feminist movements of the time." --Smith Alumnae Quarterly "... particularly strong on the ideology and organization of this radical women's group of the late 1930s." --Society for Spanish and Portuguese Historical Studies Bulletin "Ackelsberg gives the reader a fine explanation of the Spanish events, the general perspective of anarchism and the inspiring goals and struggles of Mujeres Libres." --Fifth Estate Ackelsberg explores the development of Mujeres Libres, founded in 1936 during the Civil War in Spain as an organization dedicated to the liberation of women from their triple enslavement--to ignorance, as women, and as producers.… (more)

The modern school movement : anarchism and education in the United States by Paul Avrich
The Voltairine de Cleyre reader by A. J. Brigati
Anarchist organisation : the history of the F.A.I. by Juan Gómez Casas
Quiet rumours : an anarcha-feminist reader by Dark Star Collective
We are an image from the future : the Greek revolt of December 2008 by A. G. Schwarz
4 more
Reinventing anarchy, again by Howard J. Ehrlich
The orgasms of history : 3000 years of spontaneous insurrection by Yves Fremion
Anarchy in the Age of Dinosaurs by Curious George Brigade
Granny Made Me an Anarchist by Stuart Christie
Fewer