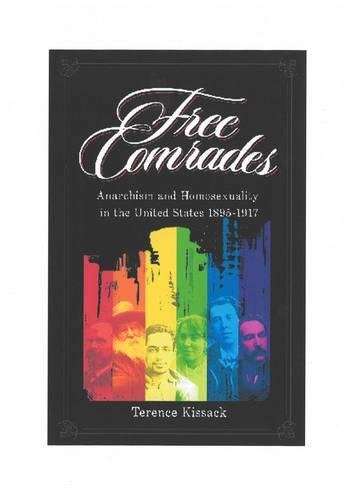 Free comrades : anarchism and homosexuality in the United States, 1895-1917

By investigating public records, journals, and books published between 1895 and 1917, Terence Kissack expands the scope of the history of LGBT politics in the United States. The anarchists Kissack examines--such as Emma Goldman, Benjamin Tucker, and Alexander Berkman--defended the right of individuals to pursue same-sex relations, challenging both the sometimes conservative beliefs of their fellow anarchists as well as those outside the movement--police, clergy, and medical authorities--who condemned LGBT people. In his book, Kissack examines the trial and imprisonment of Oscar Wilde, the life and work of Walt Whitman, periodicals such as Tucker'sLiberty and Leonard Abbott'sThe Free Comrade, and the frank treatment of homosexual relations in Berkman'sPrison Memoirs of an Anarchist, By defending the right to enter into same sex partnerships, free from social and governmental restraints, the anarchists posed a challenge to society still not met today. Terence Kissack is a former Executive Director of San Francisco's Gay, Lesbian, Bisexual, Transgender Historical Society; he currently serves on the board of the Society. His writings have appeared inRadical History Review andJournal of the History of Sexuality.     … (more)

Emma Goldman : sexuality and the impurity of the state by Bonnie Haaland
Anarchism and other essays by Emma Goldman
We are an image from the future : the Greek revolt of December 2008 by A. G. Schwarz
African anarchism : the history of a movement by Sam Mbah
Queering anarchism : addressing and undressing power and desire by Deric Shannon
3 more
Granny Made Me an Anarchist by Stuart Christie
The politics of social ecology : libertarian municipalism by Janet Biehl
Everywhere all the time : a new deschooling reader by Matt Hern
Fewer