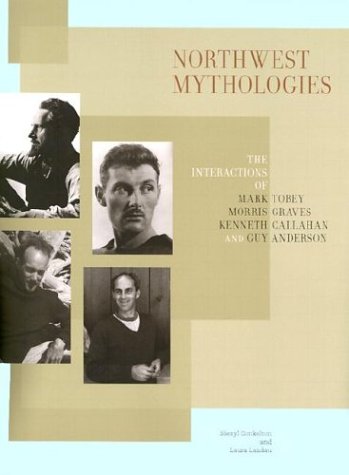 Some of the best-known modern painters in the American Northwest, the artists Mark Tobey, Morris Graves, Kenneth Callahan, and Guy Anderson have been called the leaders of a Northwest School since the 1940s. But a detailed investigation of their interactions from 1930 to 1954 shows the perception of these four artists as a cohesive group to be a myth. Northwest Mythologies offers a new analysis of their interactions and accomplishments, and places their art and ideologies in the larger context of American modernism. were close friends and colleagues for only a few years around the time of World War II. Each experimented with stylistic elements admired in the others' painting, yet they produced distinctive, widely ranging bodies of work over their long careers. What fundamentally united these artists was their philosophical approach to artmaking, one that rested on humanism and their passionate belief in art as a moral pursuit. works, Northwest Mythologies reexamines the careers and complex friendships of Mark Tobey, Morris Graves, Kenneth Callahan, and Guy Anderson, and explores their different understandings of what it meant to be an artist. This book is the first study of the four painters to finely articulate their differences and achievements, and it presents a new view of their place in American art.… (more)