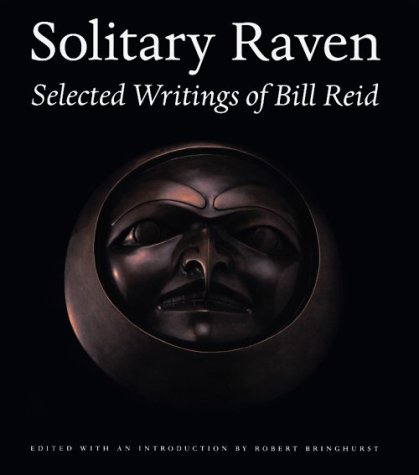 A seminal collection of writing from one of Canada's most revered artists, spanning forty years of his life. When Haida sculptor and Canadian icon Bill Reid died, in the spring of 1998, he was more widely and more fervently admired than any other Native artist in North America. Although Reid attained his greatest fame in the visual arts, words were his first professional medium. Until he received his first large carving commission, in 1958, he made his living as a radio announcer and script writer. This work earned him the Haida name Kihlguulins, the "One with the Beautiful Voice." In his later years, Parkinson's disease curtailed his public speaking, but it did not prevent him writing. His oratorical and literary gifts are rightly part of the Reid legend. Recordings of his voice can still be played in a number of major museums around the world.… (more)

LibraryThing member ronsea
Bill Reid was/is the cultural leader of the Haida Nation (Queen Charlotte Islands). His sculptures are recognized as archetypal forms of the nation's soul. He was half Haida and half Scottish. He is schorlarly, playfull, artistic, literate and humanistic. He came to the Haida culture later in life. The selections of pieces in this book are extremely well balanced including biography, poems, stories and essays. This is a foundational book. Here is a selection that I especially like:

The Myth of the Land Bridge

In the world today there is a commonly held belief that, thousands of years ago as the world today counts time, Mongolian nomads crossed a land bridge to enter the western hemisphere and became the people now known as the American Indians.
The truth, of course, is that the Raven found our forefathers in a clamshell on the beach at Naikiun. At his bidding, they entered a world peopled by birds, beasts and creatures of great power and stature, and, with them, gave rise to the powerful families and their way of life.
At least, that's a little bit of the truth.
Another small part of it is that, after the flood, the Great Halibut was stranded near the mouth of the Nimpkish River where he shed his tail and fins and skin, and became the forest man. The Thunderbird then took off his wings and beak and feathers to become the second man, and helped the Halibut build the first house in which mankind spent his infancy.
And the Sxwaixwe rose out of the Fraser. Needing a wife, he created a woman from the hemlock on the bank, and she, in time, gave birth to the children who became parents of all men.
There is , it can be said, some scanty evidence to support the myth of the land bridge. But there is an enormous wealth of proof to confirm that the other truths are all valid.