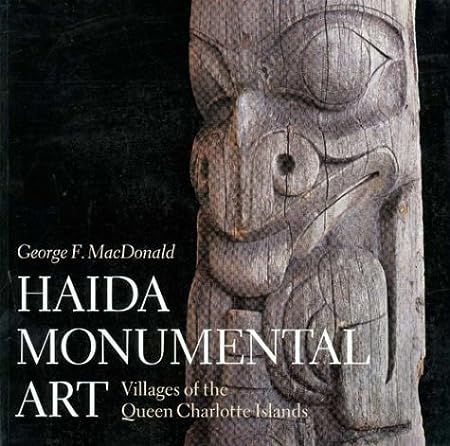 During the last quarter of the nineteenth-century, images of the Haida's immense cedar houses and soaring totem poles were captured by photographers who travelled to then-remote villages such as Masset and Skidegate to marvel at, and record, what they saw there. Haida Monumental Art includes a large number of these remarkable photographs. They depict the Haida villages at the height of their glory and record their tragic deterioration only a few decades later. In addition, George MacDonald presents an integrated framework for understanding the physical structure of a Haida village, explaining how the houses and poles are part of a fascinating web of myth, family history and Haida cosmology.