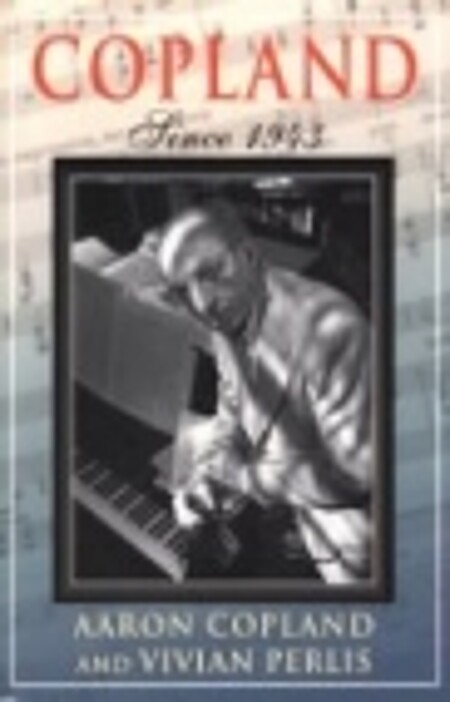 Hailed as important, entertaining, and revealing, Copland: Since 1943 is composer Aaron Copland's irresistible account of the latter half of his career--a career that brought us such pioneering works as Appalachian Spring and Lincoln Portrait, the movie scores for Of Mice and Men and Our Town, and numerous other orchestral and chamber works. It tells the story of how a self-described "brash young man from Brooklyn" went on to become one of the founding fathers of "serious" American music. Featuring cameos by luminaries such as Leonard Bernstein, Martha Graham, Agnes de Mille, Benny Goodman, and other peers of Aaron Copland during this explosively creative period, Copland: Since 1943 is an invaluable memoir that charts the crescendo of one of the most accomplished careers in the modern canon.… (more)