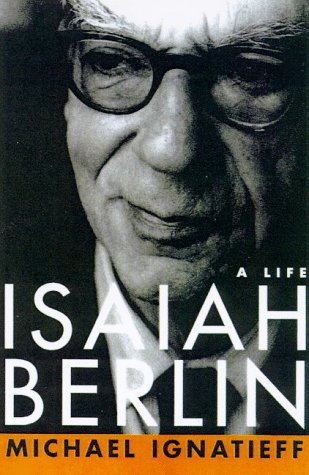 Isaiah Berlin was witness to a century. Born in the twilight of the Czarist empire, he lived long enough to see the Soviet state collapse. The son of a Riga timber merchant and the first Jew elected to a fellowship at All Souls, Oxford, he was a presiding judge of intellectual life on both sides of the Atlantic for sixty years: historian of the Russian intelligentsia, biographer of Marx, scholar of the Romantic movement, and defender of the liberal idea of freedom against Soviet tyranny. When he died in 1997, he was hailed as the most important liberal philosopher of his time. But Berlin's life was not only a life of the mind. Present at the crucial events of our age, he was in Washington during World War II, in Moscow at the dawn of the Cold War, in Israel as the new state came into being. For this definitive biography - the result of a remarkable ten-year collaboration between biographer and subject - Michael Ignatieff, himself a leading public intellectual, interviewed Berlin extensively and was granted complete access to his papers, one of the largest archives in Anglo-American cultural history. Ignatieff charts the emergence of a unique liberal temperament - serene, comic, secular, and unafraid - and he examines its influence on Berlin's vision of liberalism, which stressed the often tragic nature of political and moral choice.… (more)

The crooked timber of humanity : chapters in the history of ideas by Sir. Isaiah Berlin
Ludwig Wittgenstein : the duty of genius by Ray Monk
Thinking the Twentieth Century by Tony Judt
The guest from the future : Anna Akhmatova and Isaiah Berlin by GyĂ¶rgy Dalos
The Metaphysical Club: A Story of Ideas in America by Louis Menand