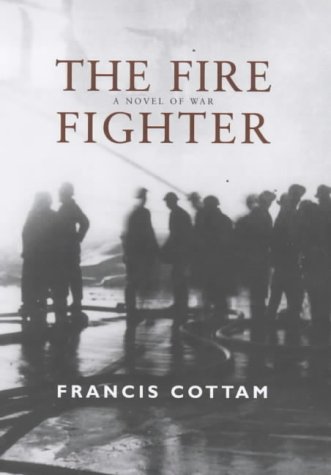 Autumn, 1940, and the Luftwaffe is firebombing London, a capital rendered virtually defenseless by a legacy of appeasement and governmental incompetence. Jack Finlay, a young man already notorious for his capacity to fight fires, and men, is hauled reluctantly back from his artillery unit in the Western Desert. Finlay's Liverpool past is murky but London needs him now - no questions asked - to wage an elemental battle on streets made strange by the scale of the destruction. His task is to do all he can to prevent five buildings vital to Britain's war effort from being engulfed. But resources are scarce, the mood bleak and Finlay himself suspicious about the real motive for the mission charged him by his enigmatic Whitehall taskmaster, Captain Grey. And then Finlay falls in love with a woman as unorthodox as he is: a wartime liaison as improbable as it is intense, which makes him vulnerable. With a cynical eye and a tender heart, this taut, tantalizing novel tracks a dangerous intelligence game, and spotlights with a rare and telling force the indiscriminate path of war and fire through ordinary lives.… (more)

LibraryThing member John5918
An excellent story about wartime espionage, set in London during the blitz. The central character is indeed a fire fighter, supported by a cast including aristocratic officers who cut their teeth in the "fourteen-eighteen", communists, Fenians and an enigmatic foreign woman. It tries to evoke an authentic feel of those days when London burned every night.… (more)